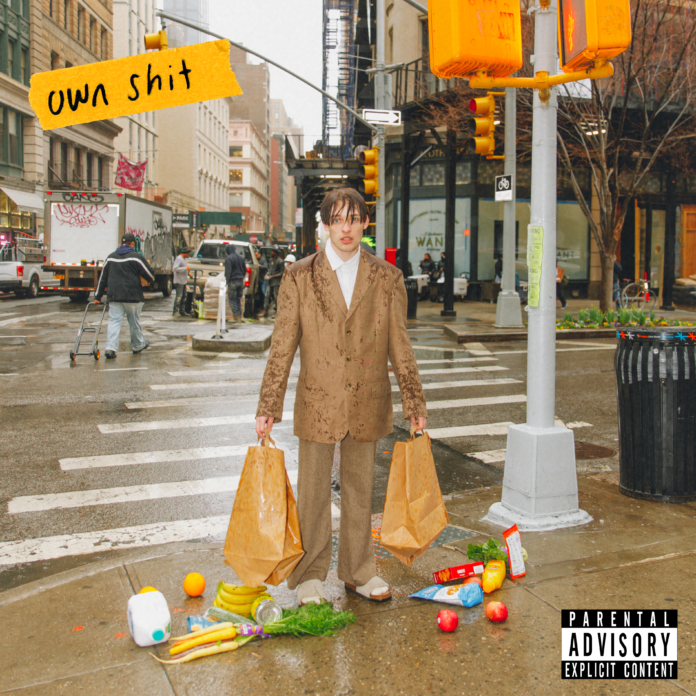 I think one of my favorite parts about moving to another continent has been discovering all of the up and coming talent that my algorithms have blessed me with. Nemo, formerly based in Switzerland – and newly in Los Angeles – is an indie-pop up and comer who makes music that feels like a bright smile. Nemo recently released his single, “own sh¡t,” and I seriously cannot get enough of it.

I once read a quote that said “We hear a lot about finding one’s other half, but two wholes sounds like a whole lot more” – and “own sh¡t” captures this idea of fully growing into oneself in a way that is honest, and witty, and whimsical. Nemo sings “and If I’m honest, I just need a little time for myself / you know that picture of us two, I put it right on the shelf / I wish I loved me like u do, know that’s corny as hell.” Throughout the track, Nemo comes to realize the importance of doing his own personal growth before he can grow with someone else, writing an open note about his introspective journey thus far. He quit drinking coffee, he tried smoking weed, he even did yoga, but none of them seem to be doing the trick — perhaps challenging his feelings into his art will be the game changer.

“own sh¡t” is decorated in punchy guitars, 808s, and poppy synths that work to create a bubbly soundscape. Simply put: this song makes me want to fly home to California and walk around in the sun and wear a fun hat as I dance down the street. Thematically, and artistically, “own sh¡t” feels like a sequel to previously released “lonely af” – maybe a potential project is in the works?

Either way, keep up with all things Nemo and stream “own sh¡t” below!