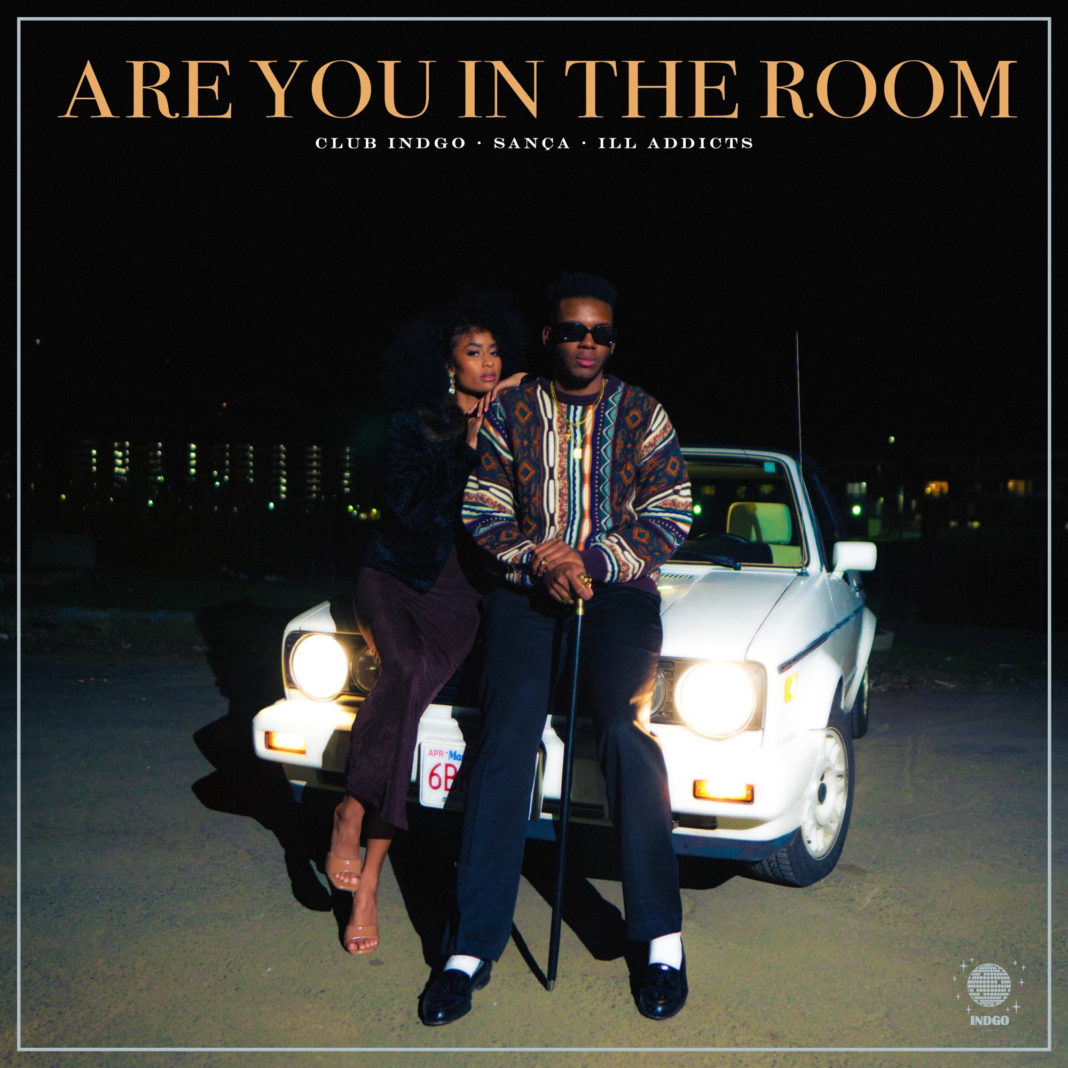 In their debut single, CLUB INDGO fuses the talents of Sança and ILL ADDICTS to create a track that sounds like pure luxury. The vibe is two sexy people eyeing each other in the jazz club.

Are You In the Room is a song with artistic vision that far surpasses the recently contrived nature of CLUB INDGO. Nonetheless, it’s clear that the newly formed, Boston-based collective has a game plan behind their launch which is evident in the creative direction and production value of their socials, music videos, and other visual iterations of their brand. All of which is quality and highly intentional.

The production on the track has a sumptuous feel to it, utilizing Sança’s alluring vocals gliding over piano keys on loop. Like a chandelier as a centerpiece to any space, Sança elevates the already rich taste to Are You In the Room. Additionally, ILL ADDICTS complements the indulgent essence of the song with a verse that embodies confidence of the wallet. Further exalted by his delivery on lines such as “Fuck Jet Blue I’m as fly as it gets, Fuck paying dues bitch I’m buying the Nets” ILL ADDICTS makes a strong impression on this track. This isn’t a club joint- rather it’s martinis and tapas in the private lounge.

Although the newly-formed collective has just hit the scene, the raw talent and potential is all there. Comprised of members: ILL ADDICTS (subsidiary to CLUB INDGO), Sança, Juelz, ProSwervez, ALI*, Dochee*, Buu, and Dalvin Lopes. Nonetheless, Are You In the Room leaves a mark as their debut single. Considering that this is only their first drop, there’s no doubt that CLUB INDGO will continue releasing quality music in the near future. Don’t sleep- give Are You In the Room a listen!