Solomon Fox / You Piss Me Off 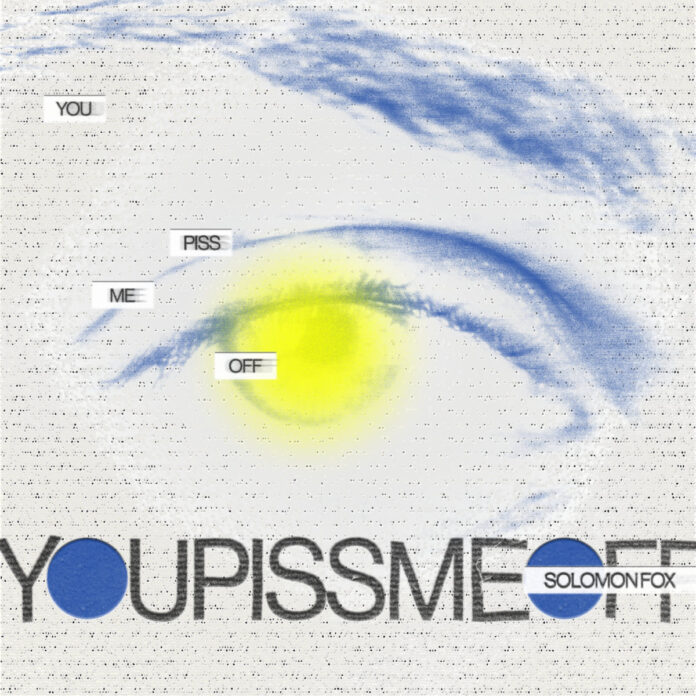 In the first quarter of 2022, singer-songwriter and multi-instrumentalist, Solomon Fox, produced and co-wrote “cinderella’s dead” with Emeline, which has amassed nearly 10 millions streams since April 1st. He has also teamed up with Malaya to contribute two songs to Snoop Dogg’s first ever NFT mixtape, Dogg on it: Death Row Mixtape Vol. 1.. To say the least, Fox is on fire as a producer, however, I am excited for the world to uncover his own artist project as well. Funny enough, Fox was actually the 2nd person I ever wrote on at Early Rising when I highlighted his single, “Body’s An Ocean”, back in February of 2021, so I’ve said it once and I’ll say it again, the Solomon Fox artist project is criminally underrated.

While many are familiar with Fox’s production and songwriting from his work with artists such as Emeline, Smino, and Cynthia Erivo, Solomon’s own artist project showcases a side of the versatile creative that the masses have yet to unearth. Yesterday, singer-songwriter and multi-instrumentalist Solomon Fox delivered us his newest tune, “You Piss Me Off”, and it has got to be one of my favorite records I’ve come across in 2022. Inspired by the push and pull of a toxic relationship, it is a fantasy break-up anthem meshed in psychedelic inspired guitar, lo-fi hip hop drums, and an ear wormy bassline. An Indie-R&B vent session full of memorable quips, Fox envelopes listeners with soulfully understated production and intimate, off-kilter lyrics. As far as critiques go, there’s not a single negative thing that I could possibly say about “I Piss You Off”, so I recommend you give this record the long-listen and spins it deserves, because this one is special.

If you haven’t already done so, make sure to hit that Spotify preview below and tap in with Solomon across socials @SolomonTheFox. As always, thanks for reading and stay tuned in for future listening recommendations.