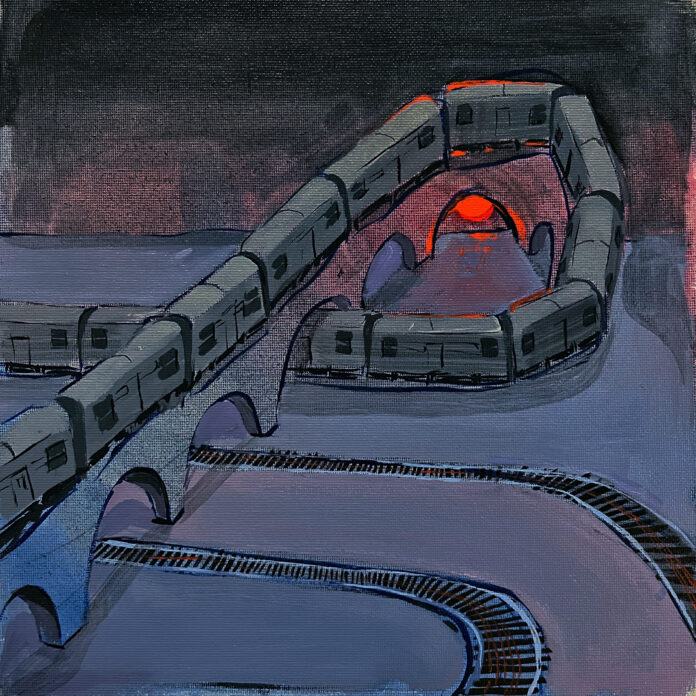 Yesterday, my friend Graeme texted me “People who are single in their 20s should be eligible for financial compensation,” and I have come to conclude that truer words have never been typed. Nothing about dating in your 20s makes sense, and I fear that it is because none of us actually know what we’re doing, or at the very least, how to go about it. Today, five-piece indie band Flipturn released a pair of singles, “Halfway / Brooklyn Baby,” and as a single 20-something myself, I’ve never felt more seen.

Nothing is more conflicting than dating a person, thinking things are going in the right direction, and suddenly hearing the words “I don’t know what I’m looking for” come out of their mouths. To stay with someone because of their potential, or to leave someone because you know you deserve better? Over infectiously nostalgic indie rock instrumentals, “Halfway” channels the idea of being with a person – but not fully giving them your all – because you don’t know if you are ready to commit yourself. Flipturn uses the word “halfway” as symbolic of almost being there, but not entirely, as they sing I did not love you, and I’m well aware / Maybe I used you, But I was almost there. At its core, “Halfway” is an honest, vulnerable letter to oneself.

In both thematics and instrumentals, “Brooklyn Baby” serves as the antithesis to “Halfway.” Upbeat rock drums, melodic guitar riffs, and energetic keys paint a poetic backdrop as Flipturn writes an introspective apology. Admitting, I’m a fool for thinking you could save me, “Halfway” ponders the question of staying with someone because you want to be with them… or perhaps because you don’t want to be with yourself. Towards the end of the tune, the strings and keys crescendo into an overwhelming sea of sounds that reflect the conflicting push-and-pull feelings of staying or leaving.

“The main focus of the song is the question many of us face at some point or another as to whether we are in love with someone or if we are just simply incapable of being alone,” said lead singer Dillon Basse. “Two common traits I’ve found about myself from past relationships are dependency and a fear of loneliness. These traits have regrettably caused relationships to last longer than they probably should, which in the end was just unfair and especially cruel to the other person.”

Flipturn’s music feels like dirty converse, and ripped overalls, and also a Carhartt jacket, and maybe a Yerba Mate, and I simply cannot get enough of it.

Before Jeffrey Eli was making pop music to break the gender binary, he was a pre-teen singing online from his hometown bedroom...
Read more
ReviewsSongs