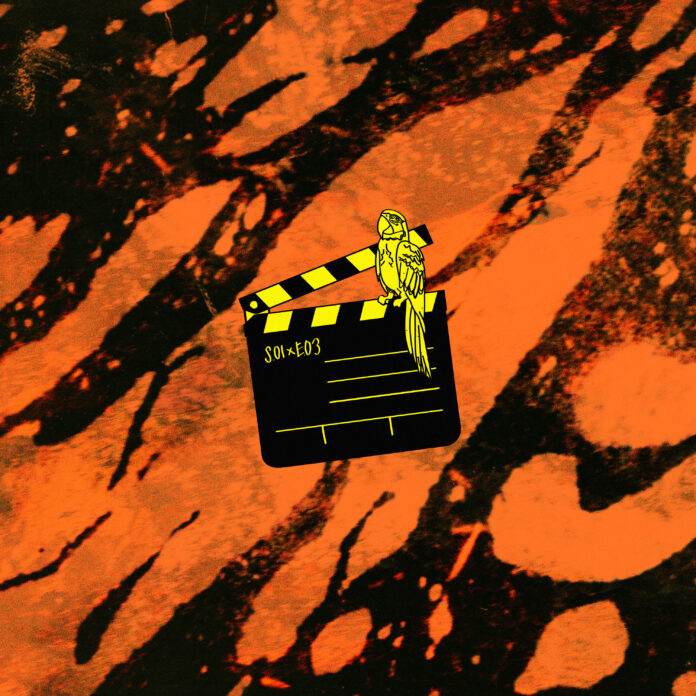 Earlier this year I posted a review on Elise Elvira’s “Eagles” – a witty ear worm about fake friends and platonic breakups – and I am not lying when I say it has been on my Spotify “On Repeat” playlist ever since. Today, the Stockholm-based singer-songwriter is back with another banger of a tune titled “Director,” and I am beyond excited to be premiering it with Early Rising’s readers.

In just over three minutes, Elise finds herself shifting her perspective in an effort to think of life as a movie, using the art of manifestation to get through the hard times. We’re all the main characters of our respective stories, and sometimes, we just have to put our trust in the universe, and things will fall into place in the way they are meant to. In the chorus, she sings, “I Have to let the stars direct me don’t I / For all I know they never show the plot I / Gotta trust there is a reason thought out / Even the days when nothing seems to work out.” In true Elvira-fashion, her lyricism contains a degree of quick wit, as it simultaneously poses the question of whether or not free will is an illusion.

Instrumentally, “Director” combines bits and pieces of alternative pop, indie pop, and jazz, toying around with sonic synths and bouncy strings to accompany Elise’s whimsical storytelling. Elise’s vocals remind me of a crossover episode of Amy Winehouse and Remi Wolf, embellished in up-pitched vibratos and dubbed harmonies that sort of feel like angels caressing your ears. If a portrait of the stars aligning were a sound, Elise’s voice is how I would imagine it to be — her inflection carries a certain kind of magic to it leaves you feeling hopeful.

With a song titled “Director,” it only makes sense to pair it with a music video, and oh my goodness, is it worth the watch. Created in collaboration with Léo de Riedmatten and Sam Rock, we watch Elise produce (and star in, and film, and watch) a movie about her life. In the midst of dreamy Swiss landscapes and an indoor film studio Elise confronts herself in quite the literal sense. The cinematography is impeccably done, the storyline is engaging, and it perfectly disguises the concept of free will in a beautifully surrealistic narrative.

On the release of “Director,” Elise shares: “Director” was written back in 2020 with an amazing producer called Isac Cederborg. Since then “Director” has become so much more than just a song. The creative process has made me fall in love with the process of extending the meaning of a song through visuals. I flew to Switzerland last summer to meet up with filmmaker Sam Rock and screenwriter Léo de Riedmatten to create the video. I grew up in Switzerland so it felt like a full circle moment. I am so happy to have found people who believe in my music and want to be part of this journey.

Elise Elvira has been one of my favorite musical discoveries of 2022, and I hope she is yours, too.

Stream “Director” and check out its official music video below!

Irish singer, songwriter, producer, and multi-instrumentalist Cian Ducrot has been taking over the world with his fragile, heart-wrenching ballad, "I'll Be Waiting."...
Read more
Home FeatureReviewsPremieres

Tatum Van Damhttp://tatumsportfolio.com
i write about music that i want the world to hear (london, uk)
Previous articlemin.a
Next articleHold The Applause // Mira Housey