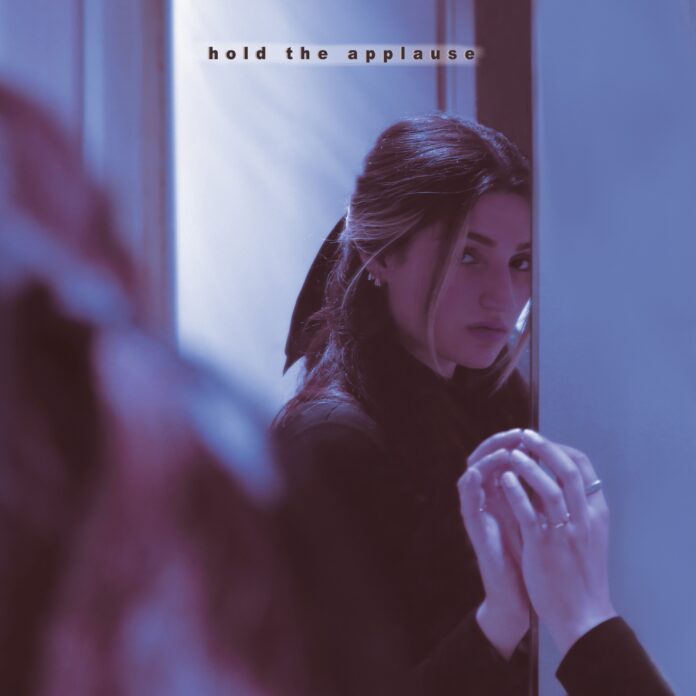 Housey wrote this track in 20 minutes after her friend gave her just 3 words: pillow, rock, and curtain – turning those random words into a song that resonates with people worldwide. She then took to TikTok to share her musical creation with her fans, which resulted in over 6M+ views and 14K+ pre-saves.

“Hold The Applause” is a powerful anthem that features luxurious chromatic descending bass lines and jazz-inspired melodies. Housey’s pure powerful voice shines brilliantly over her lush production filled with masterful harmonies, a strong driving beat, and a rich compelling piano – with an explosive catchy chorus. The musical soundscape has a way of evoking the raw emotions that Housey channeled into creating the inspiration behind this track.

Housey shares, “‘Hold The Applause’ is such a vulnerable song for me. It came together so quickly and unexpectedly, in part because it was a song, I didn’t realize I needed to write. What started as a spontaneous word challenge game with my friend turned into an outpour of the rawest and most emotional lyrics I’ve ever written. The added pressure of only having 20 minutes to do it gave me no choice but to deliver the rawest form of writing possible. I had to come up with piano chords on the spot as I performed it for the first time. It’s a unique method that I have come to value immensely.”

Mira Housey is a rarity – she writes, records, produces, and performs all of her music independently/ entirely by herself. With her brutal honesty, vulnerability, talent, and drive – this artist is unafraid to say exactly how she feels while turning it into a song that relates to millions of people no matter where they are in the world.

Listen to “Hold The Applause” today, dive into some other of Mira’s amazing songs, check out her TikTok gain insight into her artistry, and get ready for an EP that is coming out later this year with more intoxicating tracks like this one.