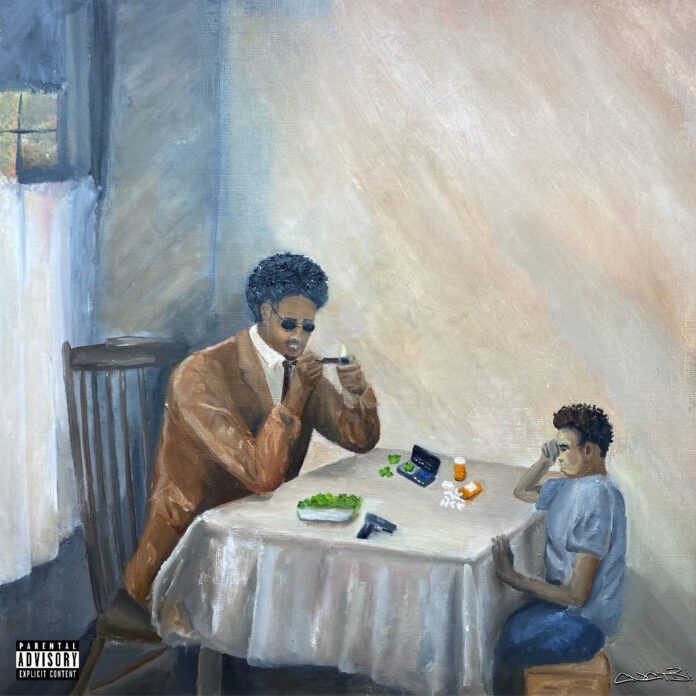 One of my personal favorite artists emerging from the underground rap scene is Atlanta native Tony Shhnow. Exhibiting a versatile sound, Shhnow has tapped into and continues to tap into various different influences and styles of rap music. For example, earlier projects such Da World is Ours 2 he shows his take on the underground favorite Pluggnb sound and his more recent project, Kill Streak 2, demonstrates new flows over grittier, more boom bap-esque sonics. With a vast and diverse discography, you could say Mr. Shhnow is a musical jack of trades.

His latest project, Reflexions, dropped on the 6th and in my opinion, serves sonically as a fusion of his previous work. Smooth and soulful melodics, hard hitting drums and laid back bars is only the tip of the iceberg in the diverse selection of vibes within this project. Reflexions just received a 7.5 on Pitchfork who said, “[Tony’s] stories and silly metaphors sound just as comfortable over CashCache and scene veteran MexikoDro’s airy synths as they do over the warped samples of New Jersey producer GRiMM Doza. That ability has made him one of the most exciting rappers working, it’s genuinely exciting to hear what sound he’ll tackle next, a chameleon in Bape fatigues.”

On Thursday the 16th, Tony dropped the music video for one of my personal favorite songs off the project, “Finessin”. A fusion of jazzy saxophone and strings with smooth trap drums, Tony floats over the instrumental showcasing his witty bars and distinct cadence. The music video shot by Mykal Taylor further elevates the laid back vibe of the song with its visuals. Taylor utilizes creative transitions, unique FX and dim lighting to create the video’s gritty aesthetic. You can see Tony by himself bottle and blunt in hand vibing to the song throughout.

Still only beginning his journey as a rapper, you can be sure to expect more great things from Tony Shhnow heading into the future. You can watch the music video for “Finessin” out now on YouTube and check out Tony’s mixtape, Reflexions, out on all streaming services.

Irish singer, songwriter, producer, and multi-instrumentalist Cian Ducrot has been taking over the world with his fragile, heart-wrenching ballad, "I'll Be Waiting."...
Read more
ReviewsVideos