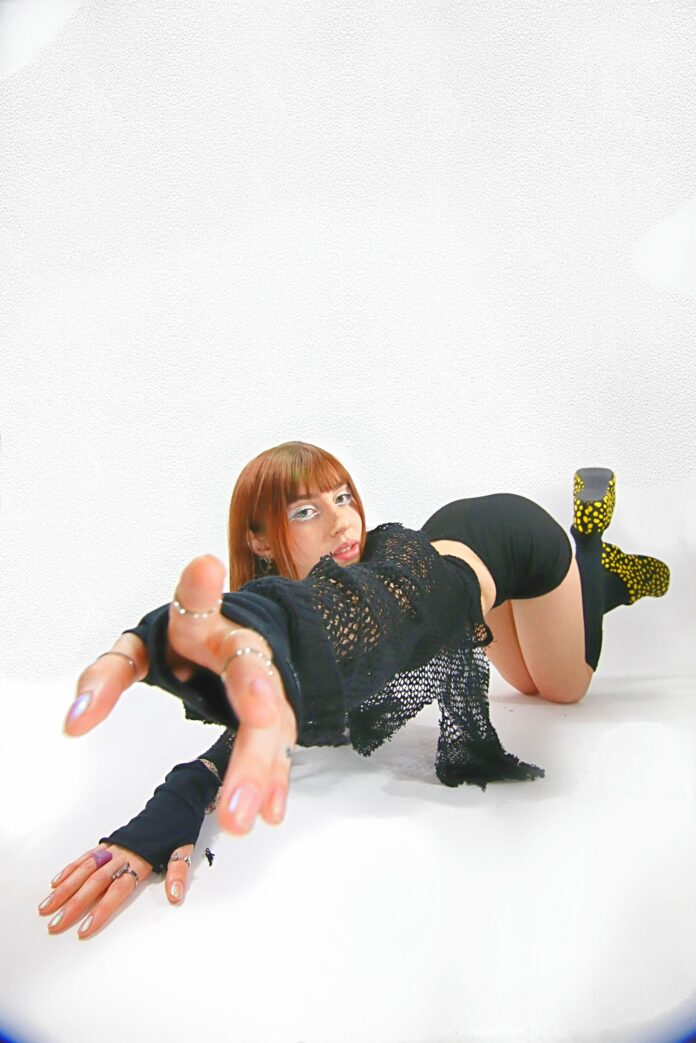 Sometimes when you meet someone, you just know that they are going to be a star and that is exactly what happened to me when I met 21-year-old singer-songwriter, multi-instrumentalist, and producer Alé Araya. This young Los Angeles based artist just released her latest entrancing musical offering, “Janet”, completely written and produced by Alé herself.

For Alé, her innate and learned creativity knows no bounds. She started her artistic journey at 5 years young, learning how to play the piano, before moving into other creative spaces like sewing, photography, painting, and drawing. Finding inspiration in jazz, infatuated with the improvisational nature of this musical style, Alé discovered her own unique genre-defying sound.

“Janet” illustrates the eccentric world that Alé has cultivated – marrying the worlds of electronic, R&B, and hip-hop within the musical atmosphere – while her ethereal voice floats angelically over the soundscape. Sonically intoxicating and lyrically introspective, “Janet” explores the complexities of womanhood, sexuality, and mental health on top of a sick drum and bass arrangement.

When asked about the rack Alé shared, “I produced & wrote Janet by myself in my bedroom, not really thinking about the fact that anyone would ever hear it. It was an exercise for me in being my most free & true self. I had a chance to lean into the creativity that comes with genre bending and experimenting away from the perceptions or influence of others. As a queer women producer, taking up space in the music industry is provocative in itself, so I hope sharing this song with the world encourages other young women to do the same.’

Only just beginning her musical journey, Alé started sharing her original self-produced music on SoundCloud and TikTok last year, which in turn, grew a dedicated and diverse fanbase for this young artist. She has weekly Twich streams and is constantly active on Discord, maintaining relationships with her loyal fans and building new ones.

If you are a fan of KAYTRANADA, Rochelle Jordan, Pink Pantheress, and/or Erykah Badu…then you will be obsessed with Alé Araya. Spending a majority of last year writing and producing for artists including Merlyn Wood of BROCKHAMPTON, Curtis Waters, and Asha Imuno, Alé Araya is already destined for greatness.

Listen to “Janet” today, dive into her other releases like her most recent track with Rozie Ramati, “Orange Juice,” and get ready for an EP coming out this fall!