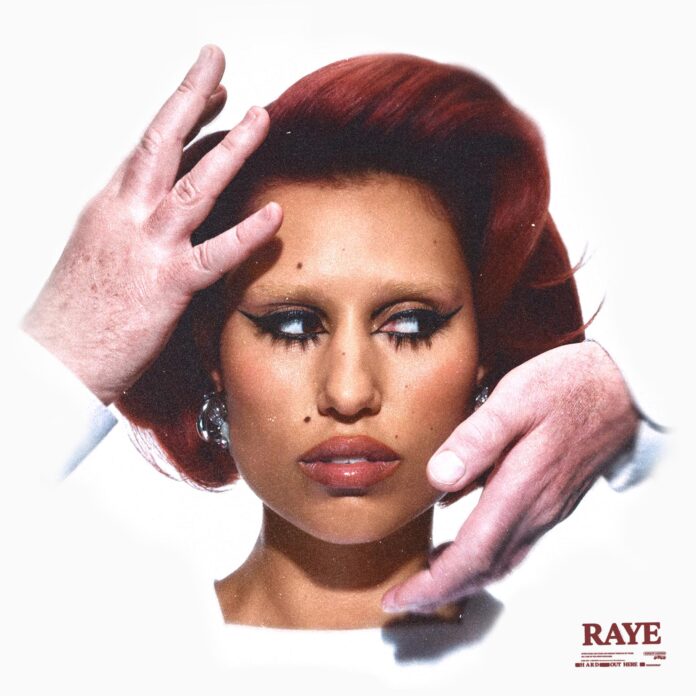 Newly independent multi-platnium singer-songwriter and producer RAYE just made a triumphant return with her incredibly bold and raw musical offering, “Hard Out Here.” Written and produced by RAYE with additional production by Mike Sabath, this captivating anthem marks RAYE’s first solo music in over a year, as well as her debut as an independent artist.

“Hard Out Here” is an unapologetic bad bitch pop anthem. It illustrates RAYE’s story on reclaiming her power and ownership over her career after years of feeling trapped and frustrated — unable to speak her mind. With lyrics that touch on the broader music industry, her old label, the patriarchy, and toxic masculinity, RAYE uses her music as a medium to activate change. The interesting aspect of this song is the extreme juxtaposition of pairing deeply honest hard-hitting lyricism with an electrifying sonic atmosphere containing a driving catchy beat (not to mention her fierce rapping skills).

RAYE shares about the track:

“I was very angry and in a lot of pain when the bones of ‘Hard Out Here’ were solidified. I wrote this song because I needed this song. ‘Hard Out Here’ is about the bounce back, a rant reflecting on the last 8 years of my career, and me preparing to take control of my narrative, my art and my life truly for the first time.”

“The initial version of this song was created years ago, when I was 19 years old, I wasn’t given permission to release this song, so it sat in a folder collecting dust. However the instrumental represented something so important to me, I think it felt like freedom. No less than a week after I parted ways with Polydor, I got on the microphone with rage in my chest and vented it all out in one sitting. This isn’t about chasing chart hits anymore, this is about finally being allowed to articulate my truth, and express myself fearlessly.”

This track comes with an eye-catching companion music video that exemplifies this song’s sentiments in an artfully metaphoric visual manor. The visual metaphors within the video, uncover the real-life need for RAYE to take back her image, music, and art…on her own terms.

“Hard Out Here” is the lead single off of RAYE’s long awaited debut album that is sure to contain more incredible musical creations like this one. Listen to “Hard Out Here” today, watch the intoxicating music video, and get ready for new music on the horizon.