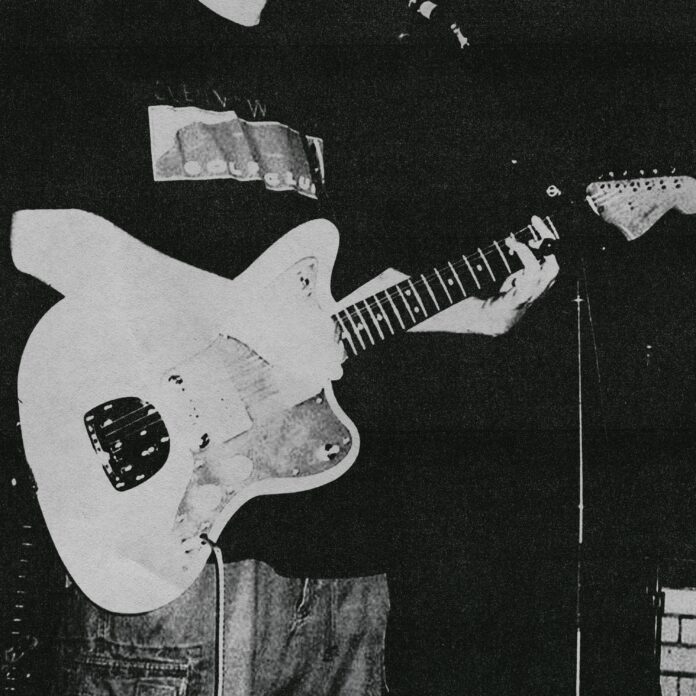 If you’ve been on Tik Tok since the beginning, you might have already heard the artist I’m about to introduce you to without even realizing it. In 2019, Lucas Lex posted a cover of Frank Sinatra’s “Fly Me To The Moon” that garnered hundreds of thousands of views – even popular Tik Tokkers were renegading along to the sound (or whipping, or Fortnite dancing, or whatever the dance was in 2019). After receiving one too many comments asking to ‘drop the full cover,’ the at-the-time 16 year old responded by completely removing themselves from the app.

Despite going offline, Lex continued to write and release songs – largely centered around themes of emotion, angst, and expectation – and has gathered millions of streams in the process. Inspired by gothic horror video games and the 2010s web series Petscop, Lex has managed to create a unique sound that, in a way, creates an audiovisual experience for the listener.

Three years later, and Lucas Lex has returned to Tik Tik to give the people what they’ve been asking for: a full cover of “Fly Me To The Moon.” Only this time around, instead of singing over an acoustic guitar like the OG cover, Lex put their signature sound on the classic tune. It’s like we traveled back in time, brought Frank Sinatra to the present day – specifically to a Green Day concert – and then took him to the studio and told him to go crazy.

I had the chance to speak with Lex about the last few years, as well as the future of Lucas Lex.

LL: I really like clothing with layering so the heat has been a bit of a bitch. I’ve been busy with a lot of things as well – I feel like my time is always consumed by work and then it’s either playing Lego Star Wars or watching Star Wars. I’m really into Star Wars right now.

T: Let’s start off this Q&A by getting to know you a bit better. Where are you based, how old are you, any fun facts you’ve got for us?

LL: My name is Ben but my solo project is called Lucas Lex. I’m from Bloomington, IN but I live in Chicago at the moment. I’m 18 turning 19 next month and I don’t really have any fun facts. I feel like I’m pretty boring to be honest. I guess a fun fact is that I just modded my 3DS and now it plays Weezer whenever you open it.

T: What’s the meaning behind your artist name, if any? Can we get some Lucas Lex origin story lore?

LL: There is no meaning honestly, it just sounded cool to me at the time. I was already posting music online at the time and I was going through names like calmstrang3 or Astroboy but then I just decided on Lucas Lex because Astroboy was copyrighted I think. Also someone else took the name.

T: And now let’s take things back to the beginning: did you grow up in a musical household?

LL: I did. My dad is a musician and would write music and play gigs to help support our family. He got me really into the Beatles from a young age and I became obsessed for a couple years. My mom doesn’t make music or play it but she has good taste. She was always playing old records on the house like Fleetwood Mac or Chicago when I was growing up.

T: At what point did you decide: I’m going to be an artist? Did you always know that making music was something you wanted to make a career out of? Or was there a specific turning point?

LL: When I was around 13 I was posting lo-fi hip hop beats onto Soundcloud to try and get them used in the Instagram editing scene. This was around the time that you would see an edit of Bart Simpson talking about wanting to kill himself with a lot of transitions and an XXXTentacion song in the background. I started getting attention and then started posting my own indie pop/rock music and just went from there. There was never really any decision or commitment, I was just posting things.

T:  After hundreds and thousands of requests in the Tik Tok comments section, today you released your highly-anticipated cover of Frank Sinatra’s “Fly Me To The Moon”! Woohoo! How does it feel to share the full length track with your fans and followers?

LL: It’s cool I guess. It doesn’t really annoying me anymore and the fact that I’ve put my own style onto me makes me feel better about it. I wouldn’t want to release a version that was just me and a guitar singing all soft like before, I wanted to bring energy to this song. If you watch Sinatra sing it live the tempo is a lot higher and the instrumental has a high energy to it and Sinatra sings boldly. I’m just doing that in my style.

T: When you initially posted the cover, did you expect it to blow up in the way that it did? What surprised you the most?

LL: I expected it to get some attention honestly. I had posted a cover of Build Me Up Buttercup a couple days before and it did fairly well so I just made that same type of video but with a different song. Obviously I didn’t expect it to get the type of attention it got – let alone be used by other people in their videos. Or maybe I did, I don’t really remember my thought process. I was a very methodical social media person at the time and always posted things I knew would do well. That video just went to a whole other level though.

T: “Fly Me To The Moon” is a true classic – I feel like the older generations wouldn’t expect us Gen Z people to listen to an artist like Frank Sinatra. Is there something about his artistry you resonate with/gravitate towards?

LL: I couldn’t name you 5 Sinatra songs off the top of my head but I am a fan of what I have heard. I think that song is really something though, the words and melodies and chords all come together to make something really special and it’s been a favorite of mine for awhile. I recently found out producer Quincy Jones worked on a number of Sinatra arrangements before going into his own work and Fly Me To The Moon was one of them which makes sense in retrospect. I really love Quincy Jones.

T: So I know you held back on posting a full version for nearly 2 years – was there something specific that changed your mind?

LL: It’s been so long and no one would see it coming. I still get at least a DM every couple months asking for a full version but no one really asks as much as they used to so I thought it would be funny to release it now. Also the fact that it’s in my own style makes me feel a lot more comfortable.

T: And in true Lucas Lex fashion, you put a pop-punk-spin on the track. Going into the production process, who/what were your influences?

LL: The drums are mostly a direct copy off of Basket Case by Green Day beat for beat. But I changed stuff around to make it my own a tiny bit. The Strokes also were a big influence as well – especially on the breakdown!

T: Moving forward, is there anything else we can expect from Lucas Lex this year?

Listen to “FLYMETOTHEMOON” below:

Tatum Van Damhttp://tatumsportfolio.com
i write about music that i want the world to hear (london, uk)
Previous articleRAHUL // LONDON FOG
Next articleBAZIO/CRAZY LOVE