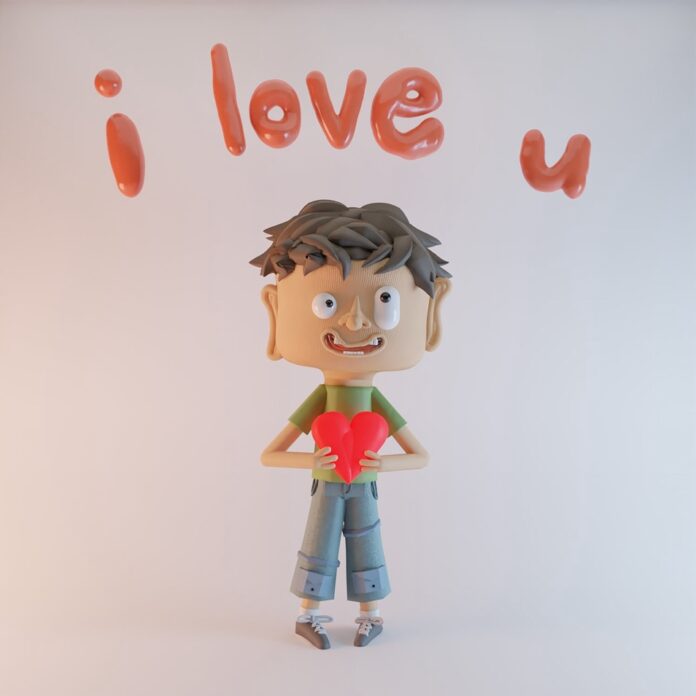 Early Rising has been a Sally Boy stan since his feature on our 2020 Rising Roster – but it wasn’t until this April where I personally got to review his recent single “Nothing to Lose.” There’s nothing more rewarding than getting to write about and work with an artist who you genuinely believe in, and today, I am stoked to be premiering Sally Boy’s latest: the official music video for his 2022 single, “i love u.”

February might be over, but that doesn’t mean we can’t remind our loved ones about the way they make us feel. If those cute little Valentine’s Day cards we gave each other in elementary school – specifically the card we would put an extra piece of candy in for our crush – had a sound, “i love u” is what I imagine it would sound like. With its upbeat pop production, echoing harmonies, and playful guitar riffs, the track captures that initial, magical infatuation that comes with falling in love with someone.

When we think of “love” in its tangible form, images of roses, heart shaped boxes of chocolates, teddy bears, and everything else that is red and sold at CVS during the month of February comes to mind. In the music video for “i love u,” Sally Boy brings “love” to life in the least expected way possible. There are no roses, no chocolates – there’s hardly any red at all – and that’s what makes it so great.

In the video, we are transported into the Sally Boy Universe – one that is surrounded by 3D city streets, trees, and sunlight – as we see an animated character (the one featured on the single artwork) wake up and miss his bus, only to be greeted by a shining heart that takes him on a journey to far away, otherworldly realms. This video is a reminder that love knows no boundaries – with the right person, time and space are infinite.

Shot using motion capture with Sally Boy acting out the movements of the main character, the music video is artistically innovative, colliding together the worlds of gaming and music in an original and tasteful way. In a literal sense, the video blurs together reality with the unknown, leaving the mind to wander endlessly. It’s one thing to write a love song to someone, and it’s a completely other thing to create an entirely new world where the only three things that exist are you, that someone, and the spaces inbetween.

Speaking on the unique creation of the video, Sally Boy shares, “Sometimes, you cannot capture in our physical realm just how much someone means to you. ‘i love u’ steps outside of the box in an effort to display what words fail to. The first of its kind, a full world inside a music video, mixing the movement and body language of reality with the infinite and fantastical elements allowed through the system that is Unreal Engine. The possibilities are endless and we intend to explore as much as we can. That’s what love is anyhow.”

‘i love u’ will be featured on Sally Boy’s upcoming EP due out this summer.

Watch the music video below:

Irish singer, songwriter, producer, and multi-instrumentalist Cian Ducrot has been taking over the world with his fragile, heart-wrenching ballad, "I'll Be Waiting."...
Read more
Home FeatureReviewsPremieres

Tatum Van Damhttp://tatumsportfolio.com
i write about music that i want the world to hear (london, uk)
Previous articleArcy Drive // Roll My Stone
Next articlewolfacejoeyy // shake it