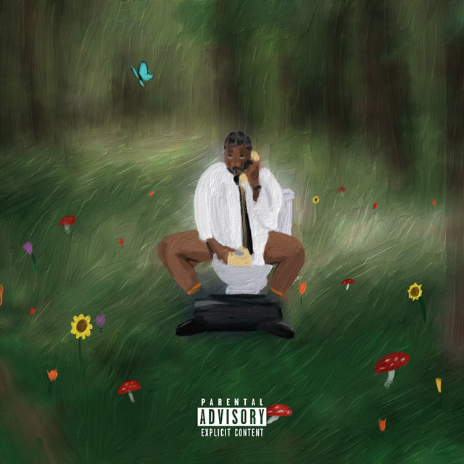 Ever since I first stumbled upon Peter $un, I knew he stood out amongst other up and coming artists. From then up to now, I couldn’t be happier to see him continue to grow and get the flowers he so deserves. If you don’t know him already, Peter $un is a multi-faceted singer, songwriter and rapper from Richmond, VA. He first gained traction with the 2016 mixtape Paradise Is A Day Away. He began to further hone in on his craft with the project Dont Forget to Smile in 2018 featuring his top single “Love Drunk Lust (Make It Hard)” which now sits at over four million streams on Spotify. With support from Ebro, Travis Mills, and Zane Lowe of Apple Music; co-signs from Russ, Guapdad 4000, and Childish Major; and acclaim from OnesToWatch, Lyrical Lemonade, DJ Booth, and more, Peter $un continues to solidify his positioning as a standout artist.

With his new EP, Phone Calls Gimme Anxiety, Peter $un takes listeners on a musical journey through his most recent personal life events. The project initially began as a therapeutic outlet for Sunny after the death of his older brother. With the conscious intention to release the project during Minority Mental Health Awareness Month, Phone Calls Gimme Anxiety speaks to the mental taxation that can occur during difficult periods of life.

The first track on the EP, “Metamorphosis (Butterfly)“, is an introspective piece about embracing change and committing to growth. Throughout the six-track EP, Sunny conveys concepts of personal growth, self-awareness, escapism, and retribution before ending with “U Smell Like Da Color Yellow” — a powerful tribute to the neo-soul movement and his mother, who first introduced him to the power of music. The project also features production from talented producers Blue Rondo, Tim Suby Austin Brown, and Ranen who helped craft the future-facing hip-hop laced with eloquent jazz-style instrumentation.

Peter $un commits all of his emotions, thoughts, and truths to tape on this project. The Richmond-born and Los Angeles-based rapper, vocalist, and producer showcases admirable vulnerability through confronting his trauma and disclosing his ambitions throughout the EP. You can listen to the project out now on streaming services and check out Peter $un on Instagram to stay tuned for whats to come.