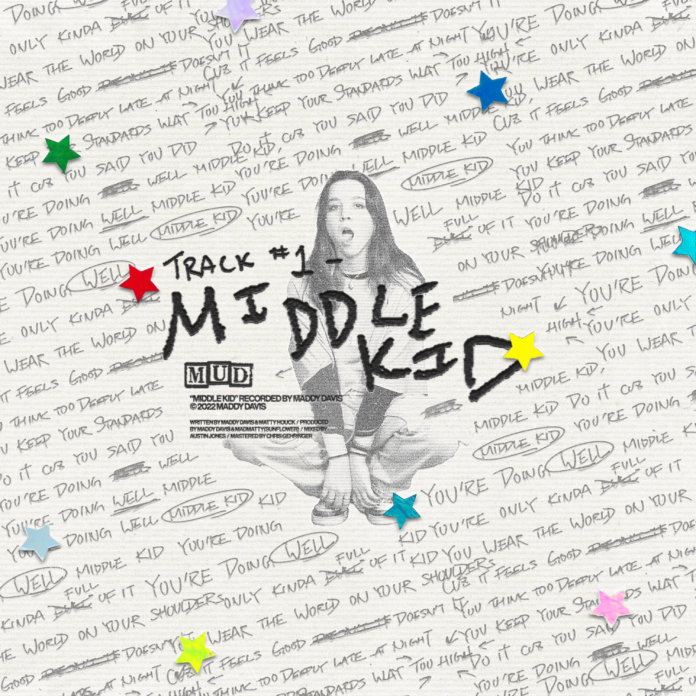 “You keep people too close, you’re the first one to be outspoken” – Maddy Davis

Maddy Davis is a fucking G. A buddy of mine sent me this record a few weeks before it’s release almost two weeks ago.. and I felt genuinely called to cover. This song is super special. Full disclosure, I am a “middle kid”, so perhaps I’m biased here. Tackling complex dichotomies with a supreme amount of vulnerability that would make Sylvia Plath “jelly”, the song has been a personal mantra for me as of late.

My aunt told me this really dope concept about being the first child. She likened it to being “the first pancake”, which always inevitably is imperfect. I can attest to this. I felt like I had cheat codes on deck with being able to witness all the mistakes my older brother made. My little brother however, was able to enjoy a parental unit that was way more lax and zen.. being that my older brother and I had burnt them out. I’m struggling to articulate here. Hear me out though.

Being the “middle kid” is tough. As De La Soul would say “stakes is high”. Personally speaking, I think parents are police canines with the middle kid. That being said, allow us to enter the psychology of Miss Davis. In just a little over 3 minutes time, she beautifully confesses to a myriad of personal insecurities and situations most of us get drunk simply to avoid feeling. The song structure of this is phenomenal as well.

Starting out like a long lost track from Bon Iver’s “For Emma, Forever Ago”, the listener is immediately jettisoned into drums that punch, accompanied with this really gnarly pulsating bassline that is consistent throughout. Did I mention the fucking songwriting? In a neurotic era, of which record labels are chasing TikTok analytics, regardless of whether or not it’s audible cubic zirconia, genuine lyrics and sentiments still reign supreme on this side.

“You wear the world on your shoulders”

I don’t know if it feels good anymore. All I know is Up, Down, Left, Right… gratitude high. Maddy, you’re doing more than well. You’re crushing it. Keep going. The legion of middle kids that inhabit this world have your back. RUN IT UP!