Mamadou. / A Rose Told Me About Love. 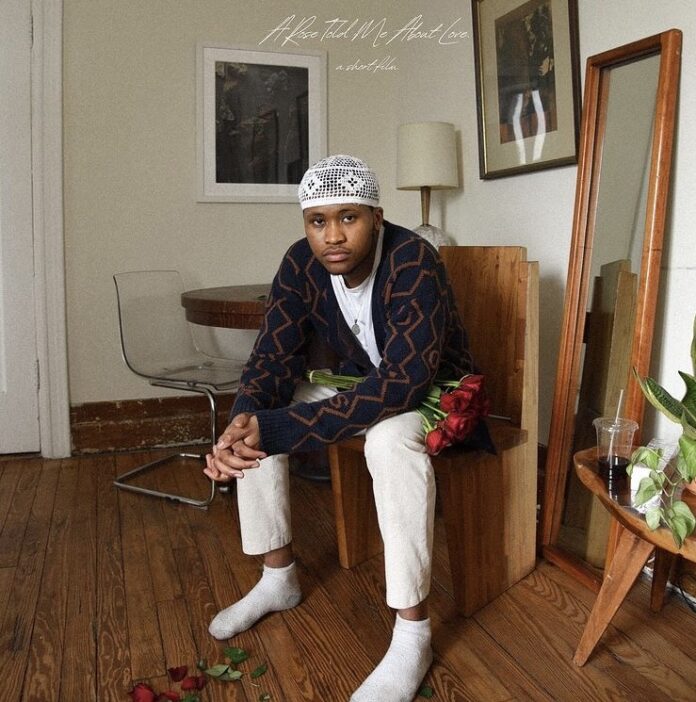 Mamadou. is unequivocally one of my favorite artists, regardless of “haberdashery” or “clout”. In fact, he’s the yang to that yin. With the conflict in the Ukraine that has been transpiring for almost a half a year now.. and now a brewing conflict with China over Taiwan’s sovereignty boiling, Mamadou. has a gift. He has a 1/1 unique ability to make you feel like peace on this planet is still a light at the end of the tunnel.. though at my worst, I feel as if it’s a Norfolk Southern freight train.

I was advanced this record in the beginning of June, and the effects have been (I shit you not) medicinal. When I am shut off to the rest of the world, mired in self doubt, I give this record a spin. It’s not Disneyland. It’s unabridged honesty. Mamadou. is an anointed vessel. It’s no secret I love Mamadou. I’ve had the privilege of covering his last two records for E-R (notwithstanding this one), as well as the distinct honor of being able to interview him for an E-R piece back in the Winter. All of these happenings exponentially enhanced my belief in his work, as well as reinforcing how necessary his art and message are within the context of todays times.

“Feel the rain pouring down” – Mamadou.

Featuring an anxious guitar loop, against a canvas of ethereal background vocals, Mamadou. cannonballs into what I can’t muster any other appellation but the word “scripture”. Peace with imperfection, if you will. Every word deployed by Mamadou. has a succinct, yet incomprehensible significance. With each passing song, Mamadou’s Polaris only shines brighter. I can’t stress enough how much this song has helped me cope with some pretty heavy pain I’ve been afflicted by in the last two months.. and Mamadou. has my sincerest gratitude. I know I’m one just one of MANY. We must protect him at all cost. He is a sage.