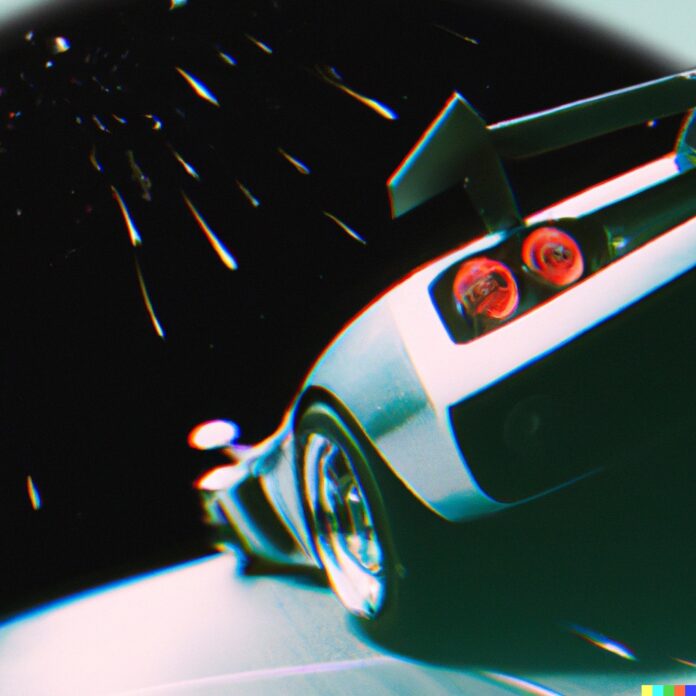 In the beginning of last year, I found the album and artist that would become two of my favorite musical discoveries of 2021: “Dream Cruise” by Hard Car Kids. The best way I can describe “Dream Cruise” is as if Odd Future (specifically Odd Future while filming the “Oldie” music video) and Phony Ppl (specifically Phony Ppl’s “Yesterday’s Tomorrow” era) decided to hop in the studio and vibe, and the best way I can describe Hard Car Kids is a six piece D.I.Y. collective based in Detroit, Michigan that makes music you can’t not groove along to. Like, if a vintage Carhartt jacket could be turned into a sound, I *think* Hard Car Kids is along the lines of what that sound would be. Give or take.

After the release of “Dream Cruise,” I was consistently checking Spotify and social media to see if Hard Car Kids had anything new in the works – and right as I had lost all hope – I received a DM from HCK member and independent artist Stoop Lee with a recording that has now unveiled itself to the world as the group’s freshest release: “5th Floor.” Exactly a year later, I couldn’t be any more stoked to continue sharing Hard Car Kids’ music with the Early Rising community!

“5th Floor” marks a new era for Hard Car Kids: one that is dream-like and unexpected in the best way possible, infused with bedroom-pop production and sing-songy vocals, all while maintaining their D.I.Y. energy that we know and love. The dream-like, floating-on-a-cloud atmosphere is reflected in the track’s cover art, which was AI generated by DALLE 2. By the end of the song, the group comes to realize that you can only know so much about someone, despite how close you might feel to them. In the chorus, they sing: And I wish that you could tell me why / You wanna run away / Baby I just wanna tell you why /  I wish I could run with you tonight.

On the release of “5th Floor,” the guys share, “the boys were having a writing session in detroit. when it was lunch time, everyone left to go get food except for charlie and munch. right before everyone left, they said “you two better have a hit when we get back” and charlie and munch said “we will.” charlie programmed some drums and started playing the harmonized bass line and singing melodies and munch improvised some percussion/synth leads on the OP-1. before they knew it, ‘5th Floor’ was born on the fifth floor of a converted office space turned recording studio in detroit.”

Upon listening to this track for the first time, I immediately thought of artists like carwash, Peach Tree Rascals, and Dreamer Boy – who consistently blur the lines between genres, making the music they want to make, without confining themselves to one sound. With “5th Floor,” it feels as though Hard Car Kids are establishing themselves as artists, and I am so excited for what’s to come of this metamorphosis. To quote the track’s rap verse: HCK / all the way up running back on replay / know that we different man what can I say / they want record two, man it’s on the way!

Listen to “5th Floor” below!