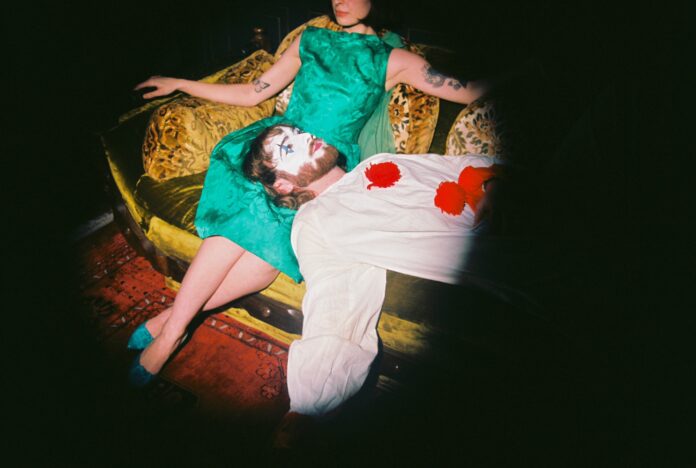 For a song that gives you such a frivolous feeling, the lyrics dig so deep you can literally feel it carving at your bones. So much emotion, care and such great fervor is generated from this barely three-minute track. Every word the 23-year-old independent artist, Noah Floersch, hums only further proves the ingenuity in his writing ability. To take such an overly saturated subject such as “love” and make a song so unique and enticing the way Floersch locks us in is just one of his incredible qualities as an artist.

Noah Floersch is a 23-year-old independent artist born and raised in Omaha, Nebraska. His debut single “Girl from the Sidewalk” gained traction in early 2019, and he has since released 3 EP’s, an album, and a handful of successful singles.  His most popular track, “On Your Mind” has amassed over 4 million streams on Spotify. Floersch is currently based in Nashville, TN and is in the process of rolling out another EP. Following the success of his first single of 2022 entitled “Love You By Myself”, which massed a great following via Tik Tok, Floersch blesses us with his follow up “Green Flash Sunset”, which is set to be the second single from this EP.

Co-produced by Ross Grieb, the two of them continue to dominate an extraordinary sound Floersch can call his own. The type of tunes you can easily identify with a single artist. Floersch has encompassed a light hearted, positive, benevolent brand behind his artistry that bleeds into his music so carelessly that all of it feels so natural.

A Green Flash is a mythic phenomenon that supposedly occurs when the sun dips below the horizon off a western coast. This elusive event is used as the device through which every verse of Green Flash Sunset is presented. “Green Flash Sunset” begins as an intimate track, guiding you down the road to the point where you’re ready to take that leap of faith into love. There is a moment in every relationship where one party must confess their love for the other, and “Green Flash Sunset” is the song that takes place just before it. It starts small, then builds and builds until the question is screamed among clashing drums and heavy guitars: “Can I hold you? Can I know you?”

Noah Floersch is a name you’ll soon be hearing a lot more of. With steady growth in numbers on both streaming and socials, Floersch is on his way to very promising career as not only an artist, but an incredible writer. Check out the music video for “Green Flash Sunset” below!

South Dakota native and Nashville based singer-songwriter Tiffany Johnson, is the creator of an incredible, catchy, and relatable track that has been...
Read more
Reviews