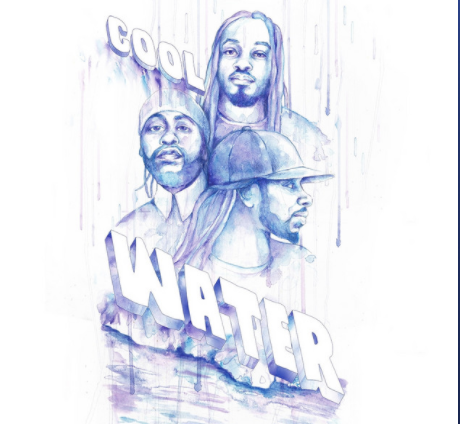 Emcee/producer duo, Divine ScienZe—comprised ScienZe and King I Divine—collaborate with Grammy Nominated singer Raheem DeVaughn for a soulful dose of grown and sexy hip-hop on “Cool Water.” A perfect song to use in the background of special and calming moments with your summertime loved one, Raheem’s beautiful vocals melt seamlessly into ScienZe’s poetic verses and King I Divine’s soothing production, creating a track you’ll be inspired to make memories to.

King I Divine creates a rich and mesmerizing environment for both Raheem and ScienZe’s vocals to shine. Titled “Cool Water” for good reason, the entire song feels like a soothing series of waves that push and pull the listener through mellow percussion, catchy alternate melodies and soulful vocals. One of my favorite aspects of this track is how perfectly the background vocals are mixed. The abundant layers of “oohs”, “ahhs” and other adlibs throughout the piece add an excellent amount of body and crispness to the song. These little details along with lyrics that imprint a strong visual in one’s head ultimately make the song feel buoyant and alive.

Divine ScienZe is a super group comprised of Brooklyn rapper ScienZe, and the Queens native producer, King I Divine. In 2013, the duo came together after garnering and cultivating their own solo followings to become a powerful force with an infectious hold on any ear that appreciates a vibrant, unrefined representation of real Hip Hop; modern with the essence of the Old Skool. After two successful collaborations, ScienZe and King I Divine communally created the hard-hitting, hailed ‘Divine ScienZe’ LP hosted by 2DopeBoyz (Released March 13th 2012). The duo followed up in 2014 with their ‘Divine ScienZe 2’ LP while touring throughout the US and Europe. Currently King I Divine and ScienZe are working on their 3rd project which is slated to drop later this year.