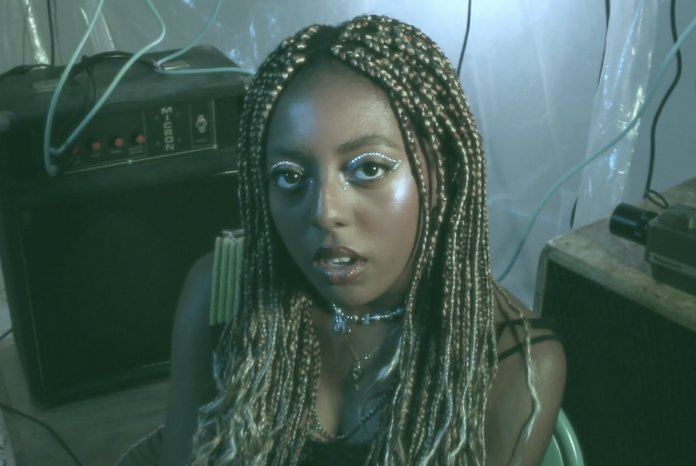 This 6 track EP includes previous singles “AHH!,” “paranoia,” “where do I belong,” and “I want, doesn’t get,” with an addition of two new tracks, “we move!,” and “THE DELLA VARIANT.” This project brilliantly showcases Daniella’s unique genre-less sound, highlighting glitchy, eclectic, and pop sensibilities.

Speaking about THE DELLA VARIANT, Daniella says, “From the title to the songs, I think the EP overall is a sonic encapsulation of the chaotic pandemic experience. It covers so many relatable topics amplified by the pandemic, such as mental health struggles, heartbreak, self-love. It was independently written, produced in my bedroom during lockdown, briefly assisted by my siblings during the recording process. This EP is like the silver lining of Covid times for me, because it allowed me to deal with the uncertainty and channel all the conflicted feelings into something creative and honest to me but relatable on a wider scale. The first songs were created and released right at the start of the pandemic, with the rest of the songs written sporadically throughout it, so THE DELLA VARIANT is always gonna be a time capsule memory of this crazy time for me.”

For Daniella, she is inspired and influenced by Manchester’s strong indie rock legacy as well as her Congolese heritage — providing elements to her music including upbeat rhythms, driving bass and intricate electric guitar riffs. These two different yet combined worlds ground her sonic identity and artistry as a whole. Her current ethos as DellaXOZ is to capture “the fleeting emotions and multi–dimensionality of the teenage experience,” and explains, “I think it’s necessary to know what’s going on in the world to not become distanced or ignorant. Current world issues like hate crimes, bans on safe abortion and poor gun control are things that I feel personally provoked to shed light on, and have already written some rage-y unreleased songs about.“

DellaXOZ is going to be the next big thing. Mark my words and listen to The Della Variant today… you will thank me later. Oh and try to see her opening up for The Wombats on their October tour!