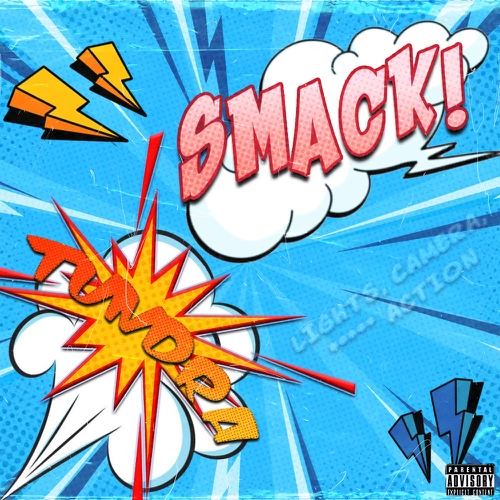 For artists that bring consistent high energy to their records, there remains an unwritten obligation to match or raise that energy in subsequent releases. Artists who make this type of intense music, like Lil Uzi Vert, Playboi Carti, and Yeat, for example, take time to prioritize the visual aspect of each release just as much as the audio, if not more. For instance, Uzi Vert’s short film for “Eternal Atake”, Yeat’s visual for “Get Busy”, and Carti’s music video for “R.I.P.” are all impeccably well-suited for the spirited, upbeat audio they accompany. To create visuals like these, that expand and amplify the already otherworldly audio present, is no easy feat. It’s even more difficult to accomplish for lesser-known artists, who make similar music, with a considerably smaller budget. Tonka versus Matchbox, if there were a financial comparison to be made. However, one emerging artist that’s excelled at taking a similar approach is Tundra, a Los Angeles-based musician creating what he’s personally described as “turnt up, aggressive hip-hop”. Tundra has partnered with director Mason Luckiewicz over the past year to compliment his music with a few equally intense music videos. For Tundra’s latest single, labeled “Smack”, he and Luckiewicz truly outdo themselves creatively and deliver another one-of-a-kind visual experience.

In the music video, Tundra sheds his alter ego and transforms from an emerging artist into a comic book superhero ready to save the day. He soars through the blue skies over Los Angeles, summons the power of electricity, and even dodges a brief attack from futuristic spaceships as he vibes to “Smack”. As for the song itself, producer Truebeatzz lays down a hard-hitting, uptempo beat perfect for Tundra to emphatically describe his aversion to people who claim their living situation is better than his. Essentially, while he’s pictured within a bank vault and even riding on top of a tank, Tundra is understandably flexing. His animated performance throughout, in addition to the plethora of uncommon settings and situations Luckiewicz places him in, together creates the exact experience fans of aggressive music crave. The energy of the audio is seamlessly translated into a fun, unique music video concept worthy of recognition alongside the previously mentioned visuals.

Tundra and Luckiewicz captivate viewers with the “Smack” music video, however, it’s not their first time doing so. We highly recommend taking a look at the two other visuals they’ve collaborated on, “Lethal Weapon” and “Play Wit”, which feature a flamethrower, immersive point-of-view footage, and rooftop performances. Through the link below you can watch “Smack” and navigate further into Tundra’s YouTube. As for updates on all of his future drops, be sure to tap in on his social media!

South Dakota native and Nashville based singer-songwriter Tiffany Johnson, is the creator of an incredible, catchy, and relatable track that has been...
Read more
ReviewsVideos