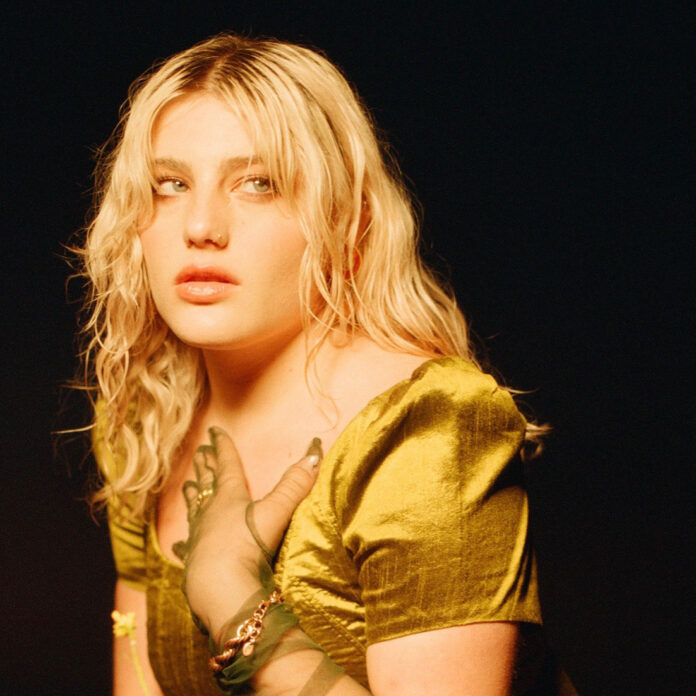 I am so excited to share my interview with Ella Jane, an indie-pop singer who recently released her debut album Marginalia. With her recent success, Ella dropped out of school and devoted time to writing her first album. Together with producer Mike Irish, they focused on keeping the pop sensibilities of her earlier work while moving toward a grungier sound more in line with her alt-rock influences. You can learn more about her upcoming album, tour, and recent success in our interview here:

Laura: It is so nice to see you again after your recent tour. Since returning from the tour, how do you decompress and relax after being on the road?

Ella Jane: Grey’s Anatomy and I really can’t stop. It’s been nice to ease myself back into writing a little bit. I think I didn’t have a lot of time on the road to write at all and when I got back I was a little bit burned out. It is nice using it again as a little hobby and outlet because I feel like before, I got really deep into just being in sessions all the time and collaborating. It’s been nice to sit at home with my guitar like I used to.

I was also sharing hotel rooms with everyone so it was difficult to write on the road.

Laura: Are you excited to start your first headline tour?

Ella Jane: I am. I am so excited. A little nervous just because of the jitters. I think already I got a little taste of what it would be like on the Peter tour.  What was nice about that is I did not feel like an opener. There were a significant amount of people who even if they were not there to see me were equally as interested which is a nice feeling and made me excited.

Laura: Are there any tour memories you value from your past tour? Was there a specific place that you had never been to before?

Ella Jane: I unexpectedly fell in love with Portland.  I’ve never been up there before, Seattle I like but we did not get a lot of time there but Portland I was like why do I feel a connection to the pine trees? It felt to me a little bit like Brooklyn where I just moved from. I don’t know it was very nice there.

A few other little things like when people would make posters. It is very validating as an opener to see people really want to interact with you. So that was really cute. Surely more.

Laura: Is there a place you haven’t played that you would like to play either venue or city?

Ella Jane: What’s funny is on the last tour I got covid before I could play Bowery Ballroom which is just my dream venue I grew up going there. My friends and I would cut our last class in middle school so we could take the train in and see whoever. In New York. I was very excited to have that show and I did not get that opportunity which sucked. But I think in a weird way I am kind of grateful because it makes it special to headline it my first time around.

I really want to tour Europe. I want to do a little international moment. I hope that is something I get to do next year. I’ve never been to England or France, I very much would like to go.

Laura: Since this is your first album, was it difficult to decide which songs made the cut?

Ella Jane: Um no.  Not really just because most songs were written with the intention of what’s going on in the album and it was like we wrote things and I wrote things as we went along. I am a slow writer because I am nervous about everything, a huge perfectionist. It was more about making sure every song I was writing felt perfect enough as opposed to writing in bulk and then picking. I have never been someone who could just write a bunch especially because there’s not much going on in my personal life at any given time so the things that I was writing about were few and far between so I wanted to make sure I got that down.

Laura: Do you take inspiration from tv shows you are watching or reading or experiencing throughout your day?

Ella Jane: That was a big part of the writing process for all this. I keep a basically… Marginalia means writing in the margins.  The title came from when I was 14 or 15 when I read I always had a pen in hand and would underline words and phrases that I really like and that I think may be good in a song or inspire me somehow.  I write them down in my notes section and I go back and I end up having a huge list of words I take from TV shows, from books, and stuff and a ton of those ended up going into the actual songs on this album so that is definitely a huge part of all my songs but definitely this album.

Laura: On the album which track was the easiest to write and which one was the hardest to write?

Ella Jane: For me, the hardest to write was 7.  It is the opening track. Just because I wanted to, the way that I write a lot is if I feel like I have to force it, for example with 7 we had the verses, for the choruses, I was just feeling it was not right. I will not, I have tried so many times to sit there and write a good one. But I just have learned forcing it for me never produces something that I like or think is good or feels truthful to me and I think it is because the way I write is dependent on what I feel like I need to say. That if I feel like there is nothing I need to say at the moment there is no point in saying it. So with 7, I waited months and months until I got the chorus down. Especially with lyrics, I cannot force lyrics. I will sit down and work on them constantly or wait until I have an idea. That was kind of the thing with seven.

The easiest to write was Crash Cart. I think just because, Crash Cart, I mean obviously nothing that anyone really writes can be removed from them. You can be like this is about [blank], but it was very easy for me because sometimes I can’t explain it and I am lucky but the song was about euphoria.

Also if I am on a roll with lyrics I sometimes I will get into these, I will black out and 30 minutes later I will have a verse. That was the process with crash cart. It kind of just happened.

Laura: Since my favorite song is 7,  is there a specific song on your album that has sentimental value or you are very excited to perform live?

Ella Jane: For me, those are two different answers. 7 has the most sentimental value because it’s really about my family and my hometown and my brother. And also 7 to me functions as a double meaning because it kind of began with a song about my brother and I think sibling relationships are a very complicated thing especially when you get into a situation like I did where we were not very close when we were younger and being closer now as we are growing up. It is interesting looking back and examining your childhood. I sort of realized while I was writing it that is was functioning as a letter to my younger self and just a reminder that I was really shitty to her. Little baby ella. Yeah, that one means a lot to me.

But as for one to perform live, I Wanna, because we just started rehearsals, I Wanna has been so inexplicably fun. We are also doing a teenage dream cover and that is my favorite thing to perform. This tour is going to be super fun.

Laura: How do you feel about having your song on a tv show, Heartstopper?

Ella Jane: It was vaguely life-changing.  It helped that it was such an incredible show and also it was very cool to be on such a brainsingly queer show. I say that because it’s not it’s just about people existing and being queer. And it’s not mostly, a lot of queer shows and movies about the struggle and hardship which is very real. I feel like queer people face enough of that hardship in real life that it’s really nice to have a space, like if I had that show when I was younger it would have answered a lot of questions, but it’s just definitely comforting and very cute. It’s so cool to be not only a part of that but also to be on a soundtrack with great company. There were a lot of great songs on there. But that was really cool while I was on tour. We were in Portland actually and I just didn’t know what to expect. I knew it was going to be on the show but I did not know what Heartstopper was I had no idea, and they vaguely described the scene it would be in. I had no clue it would be the very first song of the episode. I screeched so loudly that everyone could hear me down the hallway. So it was so exciting.

The soundtrack playlist is way up there on my Spotify .

Laura: When you were growing up was there an artist that influenced you whether creatively or through your writing?

Ella Jane: The first artist that I was ever inspired by was Adele. And then Adele, then Ingrid Michaelson then Regina Spektor were my fifth-grade holy trinity. They were the reason I started writing and of course, Amy Winehouse was a big one. Once I got to high school age it really was Lorde. Melodrama came out when I was in school.

Laura: What is one song that will appear on your Spotify wrapped this year or you have listened to a lot?

Ella Jane: Scarlett by Holly Humberstone or every single year without fail since the year it came out You’re too shy (let me know) by the 1975.

Thank you and make sure to check out Marginalia out now.

Barely legal are so cool. They’re outta Tampa, Florida which I’ve found to be a hotspot for not only great but innovative...
Read more
InterviewsReviewsProjects

Laura Reyes
22-year-old writer and creator based in Nashville Tennessee.
Previous articleJae Stephens // High My Name Is (Q&A)
Next articleMarco Plus / Cage