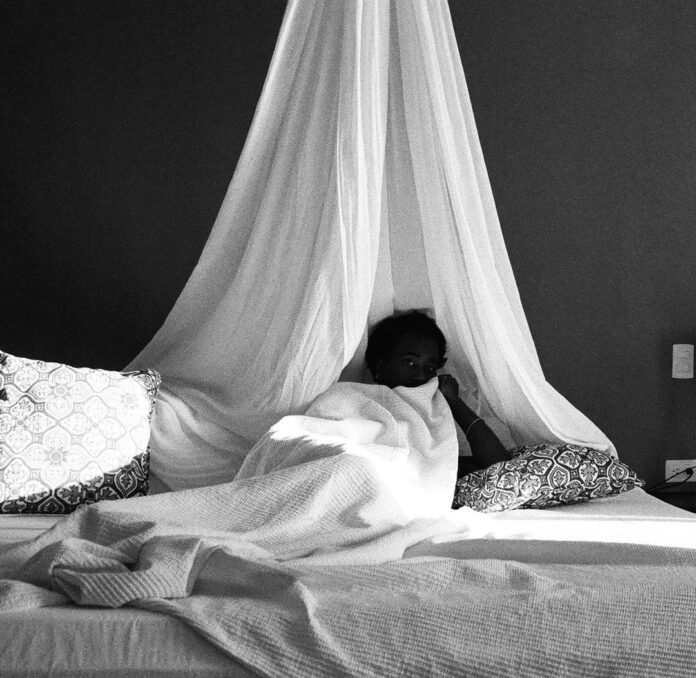 Alternative R&B has a budding star in Bryndon Cook, known as Starchild & the New Romantic. His new single, “Spooked,” feels like a beam of warm sunlight on a cloudy day, but will simultaneously leave you shivering with goosebumps down your arms.

On first listen to his new track, I was struck by the instrumentation and the surreal vocal arrangement. Elements of the sound reminded me of Dev Hynes of Blood Orange but also of Vicktor Taiwò, a Nigerian-British artist who soundtracked much of my high school years. Upon doing some research, I was pleasantly surprised to find that Cook is no amateur musician, but rather a musician, bandleader, producer, and actor. He has, in fact, worked with Dev Hynes as well as Solange, and artists like Maggie Rogers sing his praises.

With no time to waste, Cook’s vocals drop in four seconds into the track on an offbeat in a very theatrical in-medias-res sort of way. You’re immediately drawn in by the soft, almost “lazy” vocal delivery and dreamy pads, so heavenly and nostalgic that they feel reminiscent of the Twin Peaks soundtrack.

As the track develops, Cook’s prowess for arrangement shines through in gentle drum rolls that propel the melody forward into a new section. This one feels like newer Tyler, The Creator with a cool spoken rap and tight harmonies.

The song ends as abruptly as it starts without revisiting a single idea twice and thus, makes the audience feel as though they’ve just had the absolute privilege of bearing witness to a masterclass jam session. Though every element has clearly been carefully placed and deliberated over, Starchild & The New Romantic makes it seem so effortless; like music is his most natural form of communication and it flows straight from his body into the recording. The result is a short-but-sweet transcendent experience that you don’t want to miss.

Listen to “Spooked” on all streaming platforms now: