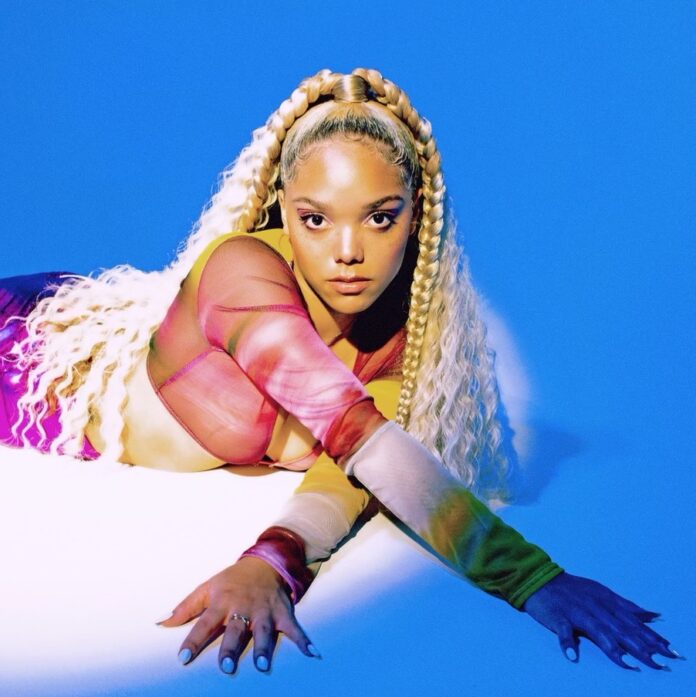 Jadagrace is an artist who I’ve been meaning to write on for months, but my brief hiatus from writing had gotten in the way until now. One of three members of the rising trio, Grouptherapy., Jadagrace is a star in her own right and her recent offering that I’ll be discussing today is a prime example of her greatness. I had the pleasure of catching Grouptherapy. live back in August at a modrnation and that good sh*t event and all I have to say is – “wow”. As soon as the group walked on the stage, their energy was contagious and transcended the vibe of the room. Quickly you could tell that Jadagrace had a very special charisma and star power about her that few artists have – not to mention her amazing stage presence and undeniable vocals. Easily one of my favorite performances I’ve seen in Los Angeles from any up-and-coming act, I knew right then that Jadagrace and grouptherapy. were here to stay. That said, it’s no surprise that I’d find myself writing on her newest single 3 months later, so I’m elated to welcome Jadagrace onto the E.R. site today!

Released a few weeks back on October 24th, Jadagrace’s, “Brand New”, has already found some great success (highlighted by the top spot on Spotify’s Fresh Finds playlist) and will surely continue that trend!  A brilliant display of Jadagrace’s many talents, the song is the perfect combination of infectious melodies, thoughtful lyricism, and an undeniable groove. Combining her skills with L.A. based producer, Solomon Fox, the two came together and made a bonafide slapper that neither me nor my girlfriend can stop playing (she asked that I mentioned her…). Boasting a new level of self-confidence on “Brand New”, Jadagrace really talks her sh*t on “Brand New” and proves that she’s an unstoppable force going nowhere but up – “I finally feel like after being at my lowest, it’s only up from here, no matter what life throws at me.” Without question, this track is bound to bring anyone a fresh boost of confidence and inspiration as it’s clear that Jada’s feeling “Brand New” and is done letting people’s opinion dictate her career.