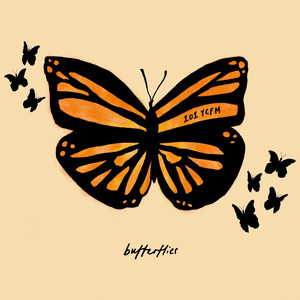 Freestyling is, by definition, “A style of improvisation, with or without instrumental beats, in which lyrics are recited with no particular subject or structure and with no prior memorization.” It’s an enduring delivery medium in hip-hop primarily, implemented by rappers attempting to translate their thoughts into lyrics as purely as possible. It’s difficult to freestyle, there’s no question, but for those who can go “off the top” consistently, coherently, and on the record, there’s a certain level of respect that follows. What comes of a successful freestyle that’s performed over the right beat, posted at the right time, and supplemented with the correct additional content is typically increased social awareness. For 101ycfm, this meant over 1.2 million likes, millions more views, and countless new followers across all of his social platforms. One of the New York City native’s many Tik-Tok freestyle videos recently went viral, and rightfully so. 101ycfm has been releasing music since early 2018 and is one of the most talented artists you haven’t heard yet. We aim to change that by highlighting his latest release since experiencing a well-deserved viral moment; a soothing record titled “Butterflies”.

101ycfm performs with both sleek lyricism and soft harmonization during “Butterflies”. Within milliseconds of pressing play on the record, listeners will hear swaying background vocals that remain audible for the duration of the song. This persistent, subtle humming arranged under every lyric is the main reason “Butterflies” exudes such a relaxing feeling. Each chorus plays as if recorded atop a cloud, and the detailed verses resemble early Jack Harlow-style rapping. Regarding its content, “Butterflies” is a well-put-together love song elaborating on the status of 101’s relationship with his significant other. Candidly, he mentions that he’s grown tired of being “just in the background” and is fully committed to being an item. 101 formally dedicated the song to his significant other via a post on Instagram, making it a significantly more heartfelt and meaningful record. Although a direct reference to his specific experience with love and relationships, 101’s lyrics are ambiguous enough that many will easily relate to “Butterflies”.

If you dive deeper into 101ycfm’s discography on both SoundCloud and Spotify, watch all of his freestyle videos, and see the viral effect his abilities have, it becomes clear that he’ll continue to ascend as an artist. We’re excited to keep watching and listening, but if you’re currently unfamiliar, the link below to “Butterflies” is a great place to become a new 101ycfm fan. As for the previously mentioned freestyles, he frequently updates his Tik-Tok with new verses each week!