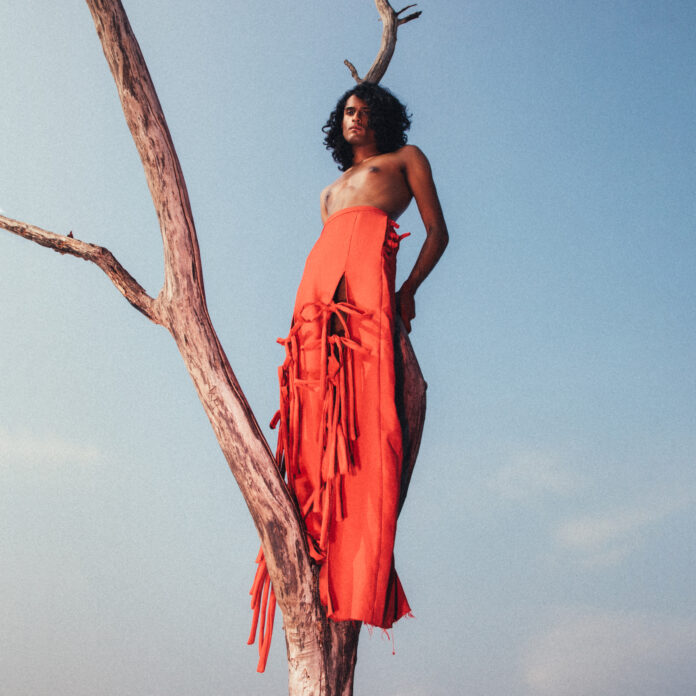 Somewhere in the sky overtop of the middle of the country, you’ll find me sitting in seat 26C on an American Airlines flight blasting Bliss Samsa’s new single in my airpods and I swear this song is magical. While the clouds certainly help add a nice visual effect to the music, there’s no denying that this song is a smash. Nathan Menon is an Indian-born and based artist who has been making music for a while now under a couple different monikers. More recently, he’s come to what he feels is his most informed music project yet known as Bliss Samsa. Encompassing ethereal, falsetto-laced deliveries, 80’s synth pop, 90’s Brit pop, and endless other influences, Bliss is putting together a fresh yet incredibly nostalgic sonic identity that’s nearly impossible to come by these days. While only his second single to date, to see his growth from his debut single, “Father Figure”, to now is very exciting as I can tell that he is evolving at a fast-rate.

Released on November 1st, “Cold Shoulder”, portrays a more vulnerable side of Samsa’s songwriting and artistry. His vocal delivery on this record is truly flawless – using his voice and production to create a sonic atmosphere that’ll make you feel like you’re floating in space. One of the most memorable hooks I’ve heard from an artist of his size in a long time, “Cold Shoulder”, has some big moments in it that will make you realize that you’re listening to an artist who’s going to make a real name for himself over the next 12 months. Although new on the scene, there’s no question in my mind that Bliss Samsa is equipped with everything he needs in order to be a renown act around the world. I’ve been bumping “Cold Shoulder” non-stop since it’s release a couple week ago, so when I say that this is one you really need to get your ears on – I meant it! Speaking about the message behind the single a bit more, Bliss Samsa had this to say:

“Cold Shoulder navigates the cross-currents of lost love. It’s a song about mourning, of exhausting the could-be’s and numbered chances. It grapples with the inability to change, to sacrifice your time and parts of your identity in order to let a relationship fully bloom. It’s about inadvertently breaking your own heart. So here you are: scrawling your yearning all over the stonewall before you gather your pieces and leave with your tail between your legs.”