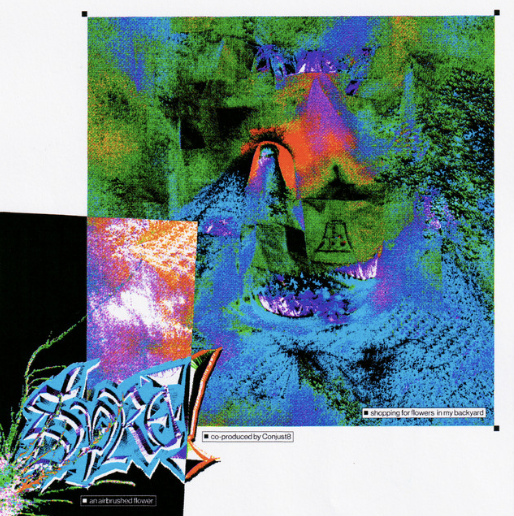 Representing Northern California with his upbeat, trap-infused melodic tunes is ZAYALLCAPS. The young singer/rapper brings a nasal-like tone to the Pop-Rap genre, followed by fun punch lines to his self-produced tracks.

“$PREE” is ZAYALLCAP’s first solo release since his collaborative album Mountain, which he created with friend and rapper Kwame Adu. The pair, known as KWAMZAY, brought a fresh sound to their joint project that is distinct from their respective sounds. The project pulls from genres such as Gospel, Soul, and Synth-Pop, which are sounds I wouldn’t expect to hear from Zay.

When asked about “$PREE,” Zay states that he wanted the song to be dramatic. He wanted to amplify his lyrical shtick and send a direct message to his listeners. He also returned to his falsetto tone, which is apparent in his previous work. Lastly, he shares that he wrote the song “quickly to capture the initial feeling of completing the beat.”

I would categorize Zay with artists like Lil Uzi Vert, Lil Yatchy, and overall experimental artists who paved the way for progressive Hip-Hop. As for Zay, he claims Lil Wayne and Toro y Moi as his direct influences for “$PREE.” As for vocal influence, he credits the staccato flow pattern for his choppy flows and overall vocal production.

“$PREE” is one of my favorite songs by Zay. His approach to music is fun and playful. He isn’t afraid to try different production and his willingness to try new things is what will get him far. I’m eager to listen to a full-length solo project soon.