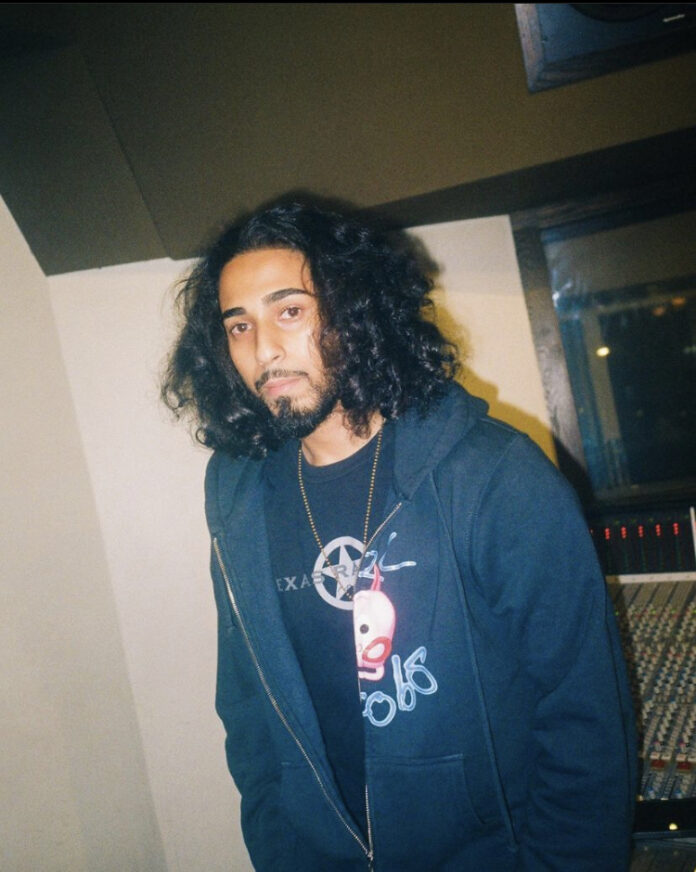 Pre-Read: Chris Saves is a 24 year old up-and-coming producer from the Bronx, NY. Having already produced for big artists in the scene like Ice Spice, DDOSAMA, and Dougie B, it is apparent that he is next up. Here is the Chris Saves interview.

Matt Swain: Where are you originally from?

Matt Swain: How did growing up over there influence your music?

Chris Saves: Timbaland, definitely. If you asked when I first started it would be a different answer. But now because of the way he explains how he makes songs it really inspires me.

Matt Swain: How do you usually start a song, beat, writing, etc?

Chris Saves: It usually starts with hearing a melody in my head, or a sample and then figuring out what drums would sound good on it. But recently me and this other producer started with Brazilian drums, so I would say it really is whatever is the most “ear candy” part of the song, and then I build around that.

Matt Swain: With so many artists coming up now, what would you say is the importance of finding your own identity and individuality as an producer and a person?

Matt Swain: What is your individuality?

Chris Saves: I think the way my sound was personified at first was fun, I wanted every beat to be fun and wacky like “he did this with this how did he do that?”. But now, it’s more of an inviting sound, an invitation to be yourself, an invitation to have fun type of vibe.

Matt Swain: So, now to get more into the meat of the interview, what is your favorite song/songs you’ve produced, and why?

Chris Saves: My favorite right now is Notti Gang by DDOsama featuring Sugarhill DDOT, Dudey Lo, Roscoe G, J Star Balla, and the late Edot Babyy. It’s my favorite because when I turned the beat on in the studio, I saw the lightbulb turn on in Dudey Lo’s eyes and walk over to DDosama, and then he ran into the booth. Also, the beat is so different, and it’s not something that a lot of drill rappers would’ve got on.

Matt Swain: Coming from the Bronx, what do you think is the best way for someone either rapper or producer to come up in the Bronx music scene?

Chris Saves: It’s really important to meet people from your city who do the same thing as you and learn from them. An example of this is when I first started producing I got around a couple of rappers, and I’m learning from them because they had 3-4 years in the game and I learned a lot from them.

For example, my friend Tyler is the one who put me on to the fact that social media does not matter, meeting people in person is what matters the most.

Matt Swain : So IFYKYK with B LOVEE is your most popular track, how did that opportunity come about, and how did you find the sample for that and the inspiration for the beat?

Chris Saves: Really early on when I was tapped in with Kay Flock and a couple of other drill rappers, I saw B LOVEE have a song with him called Brotherly Love. So I hit B LOVEE’s Instagram DM and it started from there.

Matt Swain: As of recently Chris, you’ve had a few songs with recent up-and-coming artist DDOSAMA, how did you initially tap in with him and how that all came about?

Chris Saves: A couple of weeks before DDOsama blew up, I had a lot of friends that live in his area and a few friends told me about him, and then one day I actually heard one of his songs and I was like “We need to tap in ASAP”.

Matt Swain: You’ve also produced for Ice Spice and Dougie B, both huge artists in the Bronx Scene is there anything you like or dislike about working with bigger artists?

Chris Saves: The thing about working with bigger artists, at some level you have to realize that you can’t just make a song and it will just drop. But, when making an idea with them be conscious that you have to make an idea that the idea has to catch the people’s attention. You also have to think about what the A&R or manager is going to think about the record. In total, it’s kind of like you have to have the entire team on board.

Matt Swain: With how quick music comes and goes, where do you see yourself 5 years from now? Genre-Wise? In Life?

Chris Saves: Right now I’m trying to pivot into a more “inviting” type of vibe and make all types of music. Music that invites you to listen to a new artist type of vibe. Like the Weeknd’s first tape was an “invitation” to listen to him and that’s what I’m trying to do. Right now I want to go more toward that darker RNB vibe. Heavier on the production and grandeur in terms of how big the song sounds.

Matt Swain: What’s your next move or next big release?

Chris Saves: I produced a song for Dougie B and Lil Uzi Vert with my guy YoEliWTF and I pray to god it drops. Besides that, I’ve been tapping in with producers all over the world, so I’m working with producers in London, Nigeria, everywhere really.

Irish singer, songwriter, producer, and multi-instrumentalist Cian Ducrot has been taking over the world with his fragile, heart-wrenching ballad, "I'll Be Waiting."...
Read more
InterviewsRising Release

Matt Swainhttp://linktr.ee/prodmattswain
17 Year Old Producer, Engineer, and Writer out of Philly
Previous articleBuppy. / hot B!
Next articleDANI MACK // LIGHT ON THE CORNER (Q&A)