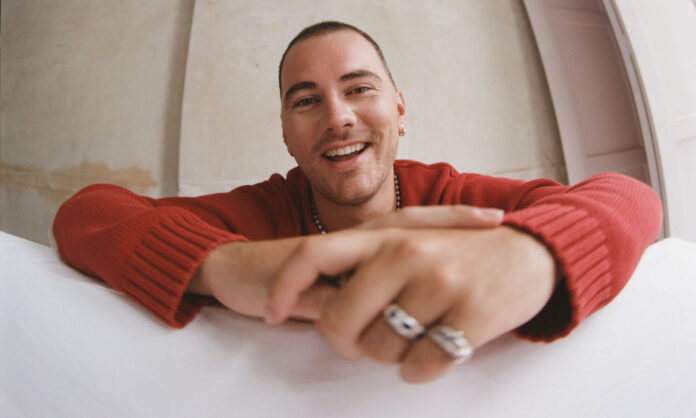 Irish singer, songwriter, producer, and multi-instrumentalist Cian Ducrot has been taking over the world with his fragile, heart-wrenching ballad, “I’ll Be Waiting.” Today, this track’s companion music video was released.

“I’ll Be Waiting” has started to take on a life of its own due to the power of TikTok — going viral numerous times for his videos of him and a choir surprising people by singing this song in places like the subway and coffee shops… but this song is so much more than its viral moments.

The music video for this track illustrates the songs true meaning. “It’s a story of waiting for someone you love to show up, but they tend to not show up when you need them,” says Ducrot.

The video uncovers Ducrot’s struggle as a child waiting around for his father to show up, even though he was a bad person, conflicted between hoping he would show up and not wanting to see him. Even until this day, he still wonders why his dad did not love them enough to try…so he turned his pain into a cathartic anthem for him and others who are waiting for that same kind of love.

Cian Ducrot is definitely an artist to watch… wearing his heart on his sleeve and writing emotionally eloquent songs that capture the hearts of the masses. Listen to “I’ll Be Waiting” today and watch the heart-wrenching music video… but don’t get mad at me if you shed some tears.